Here you will find tips and tricks about top-bar hives, horizontal hives, comb guides, starter strips, and more. If you have a suggestion for an article, let us know.

How To Assemble the Safe-Passage Comb Guide

Assembling the Safe-Passage Comb Guide for top-bar hives is quick and easy, its also far less messy than waxing in a starter strip.

In my book, the spring is marked by the first phone call of the year requesting that I come catch a honey bee swarm or remove bees from an old tree or building. Yesterday I received my first call of the season. It must be spring! 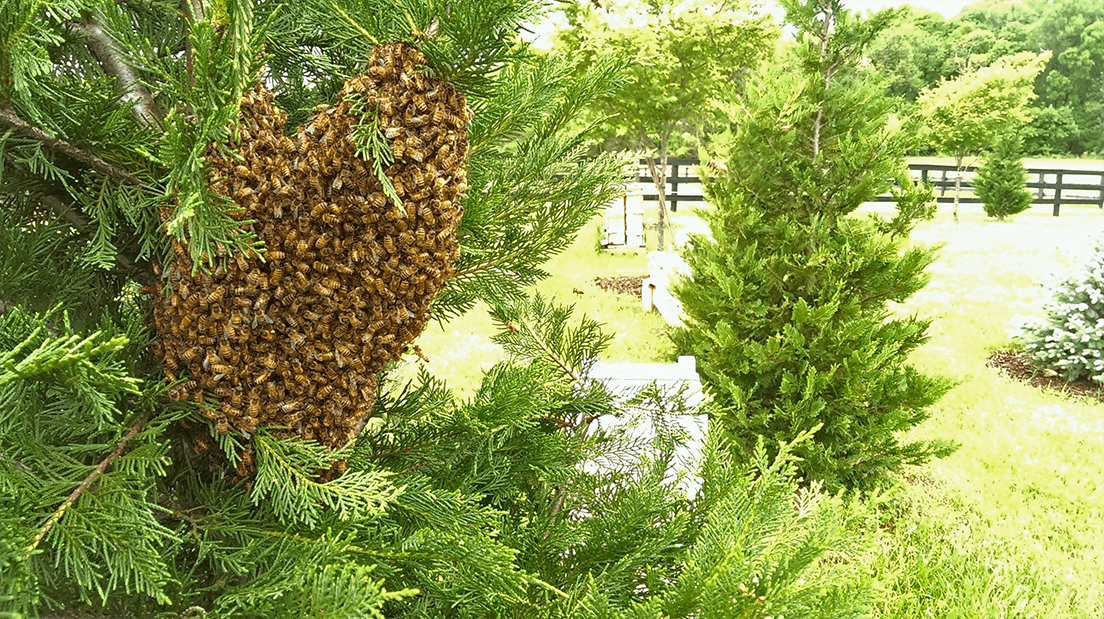 It’s Cold. Are My Bees Okay?

We’ve been experiencing a bit of a cold spell so the bees haven’t had many opportunities to get out and go to the restroom. While I know they were doing well before the cold snap, I always wonder if they are continuing to do well when I can’t check in on them.

It’s tough to sit back during cold periods and just wonder if the bees are doing okay. When things do warm up for a couple of hours the bees take advantage of the warmer temps to take “cleansing flights” and relieve themselves. While they can hold their feces for quite a while at a certain point, you just gotta go. This past weekend it warmed up a bit for a short time but I wasn’t able to make it to the apiary during the time they would have been flying. When I did stop by, just as the sun was going down, from all of the yellow dots in the snow it was clear that they had been quite active with cleansing flights and were doing just fine. Remember, don’t eat yellow snow. 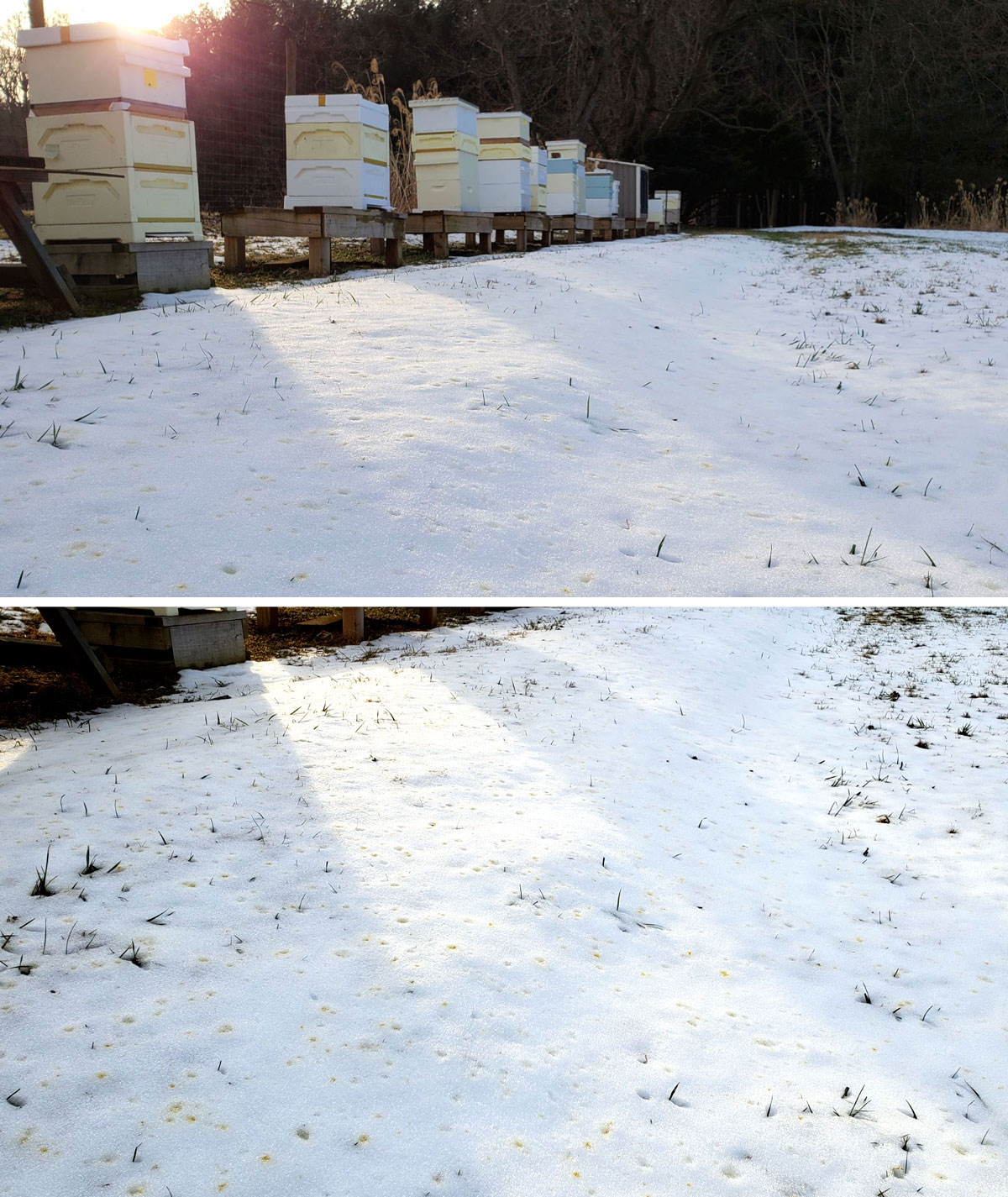 Yellow dots in the snow. Evidence that the bees are okay and have been taking cleansing flights.

It’s mid-January and we have had quite a long cold spell so it’s the perfect time for treating for bee colonies with Oxalic Acid vapor as brood rearing should be at a minimum. Yesterday’s temperatures were a little over 40 degrees and there was no wind — a perfect day for the vaporizer. When the vapor hits the cluster a strong colony like the one in this little Nuc will roar as it fans and moves the air around. It’s nice confirmation in the wintertime that the colony is alive and strong. In truth, while in a top-bar hive the bees normally can’t pass over the top of the comb, a strong colony will just pass around one side or the other – so normally not being able to pass over the top hasn’t been a big deal in my top-bar beekeeping experience.

I guess we have to start somewhere so let’s go with the the obligatory Hello world! blog post.

I have had several inventions rolling around in my head for some time now, most of which apply to beekeeping. Nothing earth-shattering, just simple inventions that should round-off some rough edges. The first is a starter strip for top-bar beehives that will allow bees to pass over the top of the comb – it will help them better overwinter. I have been refining and testing it for three years and it works wonderfully.